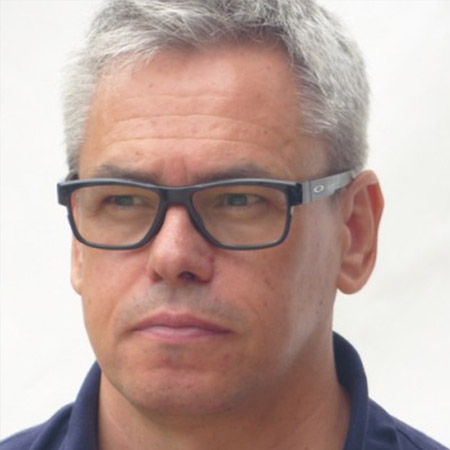 Audiovisual industries consultant at the Madrid regional government. Film Producer, AMPAS member, PhD in Film Studies at the Rey Juan Carlos University Madrid, graduated in directing at ARTSS International UK and in the Entertainment Master Class at the Erich Pommer Institute Berlin. He has produced eleven films for the international market, seven in animation, and has won five Goya awards in the best animation feature category.

After working in AGAPI as manager and in the Media Business School as coordinator, joins Dygra Films in 1999 as executive producer in The living forest (2001, first CGI animation film in Europe) and Midsummer Dream. In 2005 joins Zinkia Ent as development director with the series Pocoyó and Shuriken School.

In 2007 creates his company and produces the CGI animation film The Missing Lynx (with Kandor Moon presented by Antonio Banderas), Lost in Galicia and The night that stopped raining (live action), Going Nuts (action and horror animation with painted peanuts) and the 2D film Wrinkles winner of the Jury Prize at the Annecy International Film Festival 2012 and released in Japan by Ghibli.

In 2013 produces and launches in Spain the stereoscopic doc film Bullrunning in Pamplona. From 2012-2014 works as Executive Producer in the animation film Another day of life (Raúl de la Fuente, Damian Nenow, 2018) world premiere in the Cannes Film Festival.